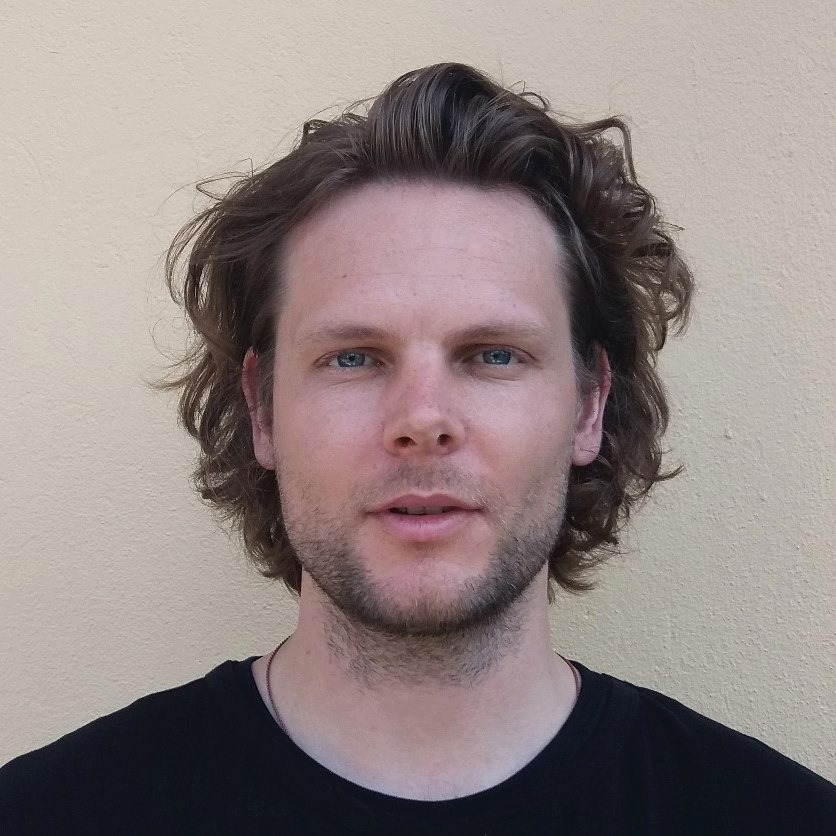 Nils Bloch-Sørensen holds a master’s degree in art history from the University of Copenhagen. Currently, he is working as a music and art critic and writes for Passive/Aggressive and AFART. He is, at the moment, working at Galerie Ebensperger Rhomberg.

The British artist Jill Gibbon has been critically examining the arms industry for years by travelling undercover as an arms dealer to arms fairs in London, Paris and Abu Dhabi, where she records the events in sketchbooks. Gibbon’s works are shown as part of the exhibition »Up in Arms«.

Hastily drawn figures sprawl across the pages of British artist and activist Jill Gibbon’s notebooks. Imposing bodies tower over crudely outlined missiles and mannequin dolls. A sense of luxury permeates: women in evening dress play violins among raised champagne glasses while men in suits proudly exhibit grenades and share knowing smiles. These drawings are the outcome of Gibbon’s decade-spanning practice of investigating the elusive world of the arms industry. Since 2007 she has visited arms trade fairs across Europe and the Middle East: the annual Defence & Security Equipment International (DSEI) in London, Eurosatory in Paris, and the International Defence Exhibition and Conference (IDEX) in Abu Dhabi. At these events she sketches customers, sales reps, and product line-ups, and collects morbid gifts from the stalls—a stress ball in the shape of a grenade, a condom with the slogan “the ultimate protection.” So far her practice has culminated in The Etiquette of the Arms Trade, a book comprised of some of her notebook drawings and two essays; and in an exhibition last year at the Bradford Peace Museum.


Recent years have seen a massive resurgence of political art ranging from the privileged aestheticization of conflicts (think documenta 14’s focus on the refugee crisis), to activists’ use of the art industry as a means to raise money. Gibbon’s work likewise exists in a complex gray zone between investigative journalism, poetic interpretation, and activist resistance. She is nonetheless very clear about how these disparate fields relate to each other. “For me, art and activism are integrally linked. I regard myself as an activist because I see the arms trade as a problem rather than as subject matter. My aim is to undo and change the industry, not simply to document it.”

It is not easy to gain access to an arms trade fair—especially if you intend to critically examine the industry rather than to do business. The first year, Gibbon managed to enter the DSEI in London by pretending to be a war artist honing her skills at drawing armored vehicles. This worked also the second year, until a security guard noticed what she was really drawing and threw her out. To continue her work she had to create a fake security consultancy business and to create a professional impression by power dressing for the part: “I go into arms fairs wearing fake pearls, a polyester suit, and a lanyard with a sham company logo, to parody the charade of respectability that validates the industry.” Gibbon even took the drastic measure of changing her name by deed poll to obscure her identity.

The dawn of legitimacy

Until the 1990s the production of weapons and war material in most Western countries was largely under government control. However, towards the end of the Cold War, the arms trade began to be wholly or partly privatized. To accommodate the dynamics of the global market, major arms trade fairs began to be established, showcasing products just as trade shows for agricultural machinery would. As Gibbon emphasizes, this privatization was the crucial moment that fundamentally reconfigured the aim and function of the industry. “Arms companies merged into multinationals in the late 1990s, extending beyond national boundaries and selling weapons to almost anyone who would buy them. This has had a really strange effect on the purpose and justification of the industry. Bombs, missiles, guns and tanks are no longer produced primarily for defense (though this was always a shaky claim), but as commodities, as vehicles for profit.”

Gibbon describes how this newfound status as a legitimate business allowed representatives from authoritarian regimes, countries at war, and states involved in human rights violations to do business without any condemnation by regular society, to such an extent that the non-transparency of global capitalism even blurred the legislative guidelines. It is estimated that British arms companies have sold weapons to two thirds of the countries that the Foreign Office has listed as “Human Rights Priority Countries.”

The contours of a charade

At first glance Gibbon’s book appears almost benign. Between the rose-tinted covers, hastily drawn figures spill across the pages, never revealing its sinister content. This is, however, very fitting packaging for a project centered around an examination of the social and performative negotiations that enable the arms trade to appear morally viable; and of how an industry constructs a respectable façade to justify a business that violates both socio-religious moral codes and legislative guidelines.

Gibbon describes how it is necessary to justify the industry both internally among the sales representatives and customers, and in the eyes of the outside world: The gestures, lingo and attire of global capitalism help sooth any sensations of guilt and culpability while the extravagant locations and neo-liberal self importance help to consolidate an image of decency and reputability. It is a carefully constructed choreography aimed at creating the illusion that this is a business like any other. As if the tanks on display may as well be lawn-movers, or the grenades cleaning supplies. “Arms traders seem to protect themselves from guilt with camaraderie and obedience to the corporation. The lanyard means reps speak for a company, rather than as themselves. And the continual drinking prevents anyone from thinking too much about what they are doing. […] The etiquette of dress code, sales gestures, and polite phrases offer a subtle, slow form of violence, because it distances arms traders from the results of their sales.”

This performance manifests itself in myriad ways: in the sober, objective scientific jargon used to present the products; and in the extravagance and high society signifiers of the events, such as free champagne, string quartets, and models in their fancy dresses. In the sexualization of the products, Gibbon even detects complex performances of gender in the arms trade. “In arms fairs, weapons are presented as symbols of patriarchal power, glowing erect and statuesque under dramatic lighting, with young women draped nearby in short skirts. The arms industry is dominated by men, with women employed mainly to offer drinks, sweets, and favors.”

While this performance may, on a conscious level, mask any bad conscience among the participants, something more subtle and ambiguous seeps through the façade. “Something less coherent than guilt slips through the cracks. The body is disobedient and rebels against the corporate script, showing unease in sweat, a head in the hands, a groan, a grimace.”

It is exactly this kind of fragility that Gibbon seeks to capture with her drawings: these cracks in the façade. Like a crowbar, her drawings break open the veneer of respectability by documenting the involuntary gestures prompted by human emotion. In quick sketches and fragments of overheard conversations the contours of a charade step forward.

Echoing the interpretation of performativity popularized by the American philosopher and sociologist Judith Butler, Gibbon suggests that an important way to destabilize the arms trade’s armor of politeness is not only by exposing the grave reality that it upholds but also to parody it. Butler claims (departing from an analysis of drag performance) that by way of caricature, it is possible to expose, how something which has been naturalized through iteration is, in fact, a social construct.1 “The arms industry is duplicitous; it pretends to be an ordinary industry while profiting from war, repression, and displacement. This is where art, and particularly the tradition of DADA, comes in. Parody, performance and caricature are important ways to subvert social pretensions.” They are ways to undo the seams of the performance.

When you look at Gibbon’s drawings it becomes clear that her goal has never been to expose the specific individuals who partake in the arms trade, the way an investigative journalist would. Rather her work feels like an attempt to humanize these individuals, like an insistence on the personal obligation, not of specific individuals, but of human beings as such. “My aim is to question the morality of the arms trade, but I don’t think this is achieved by targeting individuals. The weapons industry is huge, intertwined with multinational capitalism, and much larger than a few individuals. I want to challenge the way that arms sales are normalized, by drawing attention to the pretense of respectability. […] When I draw, I attempt to show how a polite façade is constructed with sales gestures, make-up, and hospitality. I also attempt to disrupt this veneer by looking out for sickening juxtapositions of weapons and wine, missiles presented as products, seductions over guns, to challenge the sense this is a morally viable place to work.” It is an attempt to draw the performance rather than the performer.

According to Gibbon, a general disembodiment is at play in the arms industry. Technological progress focuses on distancing the perpetrator from the act of violence—something which is mirrored on a moral level. Gibbon’s choice of medium is not only a matter of necessity but also offers a polemic contrast to the dominant visuality which she claims permeates these events. “Most modern weapons rely on enhanced-seeing technology with gun scopes, sight systems, long range imaging, covert and overt cameras. This means that victims are often remotely targeted, distancing soldiers from the impact of their actions on lives and flesh. The drone is the perfect example of disembodied, weaponized viewing. Drawing and performance bring the human body into this scenario.”

A drawing always leaves traces of the body that produces it and acts as an insistence on the humanity that binds together the people who sell, purchase, utilize, and fall victim to the products sold at the fairs. According to Gibbon, a drawing is inevitably flawed. “John Berger said ‘every drawing fails in its own unforeseeable and particular way.’ Drawing offers a very human way to look back at inhuman seeing and killing technology. […] Drawing makes our subjectivity obvious. When we draw, it is clear that we are documenting the world from a particular point of view. Drawing conveys our reactions to an event—fear in a trembling line, anger in deeply inscribed marks.”