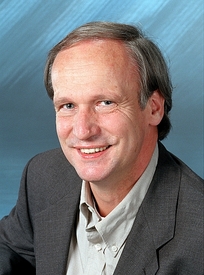 As the longtime editor of Monitor and Panorama, Wolfgang Landgraeber belongs to one of the most renowned investigative magazine journalists in public television in Germany. In addition, he has produced more than 30, some of them award winning political documentaries and reportages in Germany and worked as a director on 100 more. Since his retirement, he has been working as a freelance filmmaker, journalist and lecturer in Munich.


Previous Article
Wolfgang Landgraeber
How to produce a film, when no one is willing to talk? A filmmaker describes his experience of "Weapons-Ville", the German Town of Oberndorf am Neckar, headquarters of the arms manufacturers Rheinmetall Defence (formerly Mauser) and Heckler & Koch

Asking the people of Oberndorf about handgun production is no easy task. Surely, no one makes a living from manufacturing deadly weapons for over 200 years without it weighing on their conscience —but the population of ca. 12 000 here, on the eastern margins of the Schwarzwald (Black Forest) in the south of Germany, prefers to keep quiet. Already in 1983, during work on my first film about Mauser and Heckler & Koch “Fern vom Krieg” (Far from War, 1984), my wish to discuss the lethal effects of weapons made in Oberndorf with local employees and residents drew a blank with the two companies’ management boards and the city administration. Heckler & Koch did not even respond to my request. Yet ever since arms production was launched in the town in 1812, its handguns—or small arms, as they are also known—have played a role in countless wars and conflicts across the globe, in the hands of soldiers, irregular troops, terrorist groups, and criminal gangs; and they have thereby maimed or killed millions. But apparently, this does not bother anyone in the town. People out and about on the streets, wearing the company logos on their cap or lapel, were unwilling to say anything on camera. At least the then mayor agreed to an interview; and he explained that most people in the city identified with the two arms manufacturers and were proud of their products.

The mayor in office thirty-three years later was not even willing to do that much, when it came to my film “Vom Töten leben” (Making a Living From Murder, 2016). The mayor refuses, on principle, to speak to the Press about local arms production, we were told, because his experience of doing so has been too negative. Other Oberndorfers we tried to speak with at the market demonstratively turned their back on us. Conversations with schoolchildren about arms production did not take place, despite a preparatory meeting with the headmaster’s office. The employee representatives on the works council at Heckler & Koch reported that they had tried three times to persuade employees to speak with us—and had failed three times. The Protestant pastor of a parish to which many of the Heckler & Koch employees belong intended to organize a round table with both advocates and critics of armament—but the event never took place. How to produce a film about a place and its history as “Weapons-Ville,” when the subject remains cloaked in silence?

The answer is: if all of the people directly concerned duck away, then try speaking with the people only marginally concerned. If one denomination doesn’t dare open its mouth, then try speaking with one of the other ones. If information is withheld from you, then seek help from colleagues who have already done some research. Or if a group refuses to speak to you, then look for the individuals within it who are willing nevertheless to break the silence.

This is how I found an ex-Oberndorfer who is meanwhile highly critical of the arms industry, although it and his family history are closely intertwined. I found two Catholic priests who were willing to reflect in front of the camera on why they have never, ever addressed the subject of weapons in a sermon in their Oberndorf parishes. Thanks to one of the priests I was able to persuade a former employee rep on the works council at Heckler & Koch to give me an interview. To my astonishment, he not only spoke openly about the mood among the workers there, but also described the majority shareholder, Andreas Heeschen, as “a ruthless financial investor, who has found the company to be a rewarding cash cow.” A woman involved in organizing aid for refugees found the courage to turn down a donation that Heckler & Koch had offered her organization, because she is convinced that the arms trade is partly responsible for the flow of refugees. We managed to bring to Oberndorf from Nairobi a surgeon who operates each year on circa 1000 patients with serious head wounds in part inflicted by Heckler & Koch weapons. He gave a lecture about his work to around a dozen locals. Rheinmetall and Heckler & Koch employees were conspicuous by their absence.

So in the end I did have some strong characters, which is what you need to carry a film, but the process of finding them was long and arduous. And then, literally on our last day of shooting, we ran into some Oberndorfer at the Christmas Market who were willing after all to talk about arms. “If we didn’t make them, someone else would,” one man said. That argument was tired already thirty years ago; but it seems to be the best that munitions producers can come up with. The town of Oberndorf, it seems to me, cannot easily shake off its Faustian pact with the arms industry.

But hope springs eternal, and not least because of events such as the unfinished Mozart opera performed in 2015 in the Oberndorfer Neckarhalle, which addressed the fate of refugees. In the ensemble were migrants from Syria, Turkey, and Iraq—countries where weapons from Oberndorf continue to be used in combat. The opera was sold out.

And: shortly before work on the film came to its end, Heckler & Koch was turned into a joint stock company. I bought one share in it and then together with Jürgen Grässlin and a dozen other likeminded souls became a member of “Kritische Aktionäre bei Heckler & Koch” (Critical Shareholders at Heckler & Koch). We too must now be invited to the shareholders’ annual general meeting, and we use the occasion to fire questions at the company—almost 150, this year. Also, in 2019, the press hitherto adamantly excluded from the proceedings was allowed for the first time to cover them. At least in this regard, a degree of transparency is assured from now on.